Often a massive catastrophe hits without warning. It comes out of the night like an assassin with many swords and a penchant for eating his targets eyes. Everyone is surprised, at least for a while. “How could this happen?” They say, and, “I really did not see this coming.”

Thing is though, they should have seen it coming. Why? Simply because they wronged a man who was renowned for employing eye-eating assassins to do away with those that vexed him.

And there you have it. An eyeless nondescript man in a shallow pit, dead and covered in onion marmalade.

Everything seemed to be going “okay” until that horrible day in Durban when the All Blacks, after being disrespected by a bunch of twats in the crowd singing Ole’ Ole’, of all things, during the Haka, smashed them by 57 points to 15.

That seems to be the point at which the consequences for breaking off the marmalade mafia kingpin’s metaphorical mirror came to roost. Just prior they had managed to beat Australia at Loftus. Things seemed on the up. Something must have happened in the week between games, some event, incident or conversation that sparked a rather dramatic slide into abject mediocrity. 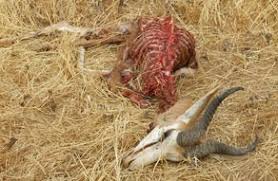 The “gees” was gone… The will to play for the coach, jersey and everything else that goes with being a Springbok just didn’t seem to be there anymore. The backbone that Bok rugby is known for, that essence of power, aggression and die-hard grit was gone.

I cannot do it captain! The strain is too much!

Who is to blame? What was that gees eroding incident that so utterly depleted the players’ confidence because the group of players currently wearing the Bok jersey are not bad enough to lose to Italy?

I wish I knew, then maybe this sticky mess would make more sense than my story about marmalade wielding assassins; but it doesn’t.  No amount of whining about non-existent coaching succession, player exodus, late appointments, injuries and whatever else can explain how the once mighty Springboks can lose to Italy.

SA Rugby has always had to deal with those things.

All of those players are top SupeRugby players. The Sharks had a diabolical draw and yet managed to match all the New Zealand sides and even beat the Highlanders away and the eventual champion Hurricanes at home. The Lions were in the final and deserved to be there.

It just makes no sense.