I was fortunate enough to win an advanced driving course courtesy of a show on the Ignition channel hosted by Marius Roberts called Speed Stars. Basically they take two South African celebrities or sportspeople and have them race each other in an Opel Adam S.  We were to be joined by some local celebrities, all of whom I, and most of the other competition winners, had never heard of, which probably made their day that much more enjoyable.

Shout out to Emtee, Miss Pru DJ, Zweli Dube, K Naomi, Tweezy and Slique, whoever you are…

I love driving. I may be a judgmental hypocrite when it comes to cars (all Hyundai i10 drivers are accident prone nervous wrecks and all BMW drivers lose the use of a hand whenever they’re in their car. That is why they can’t operate the indicators) but I love driving all of them. So, the thought of a day ripping around a skidpan, racetrack and a high speed oval filled me with many butterflies.

Butterflies in tow, my lovely wife dropped me off at King Shaka International Airport at 5 am, due to the obligatory ridiculous hour and a half before the flight requirement… I checked in at the self-check-in counter, took ten seconds, and then waited impatiently for my flight at Fego, because the SLOW lounge only opens at 6 am. I was served possibly the worst breakfast I’ve ever had to pay for in my life… But whatever, I was flying to Joburg for an advanced driving course!

The flight was uneventful. We landed at ORTI. I walked many kilometres looking for the shuttle-bus driver with his sign (Speedstars Opel), but I found I was at the wrong terminal, international arrivals, so I turned around. I eventually found him pretty much where I’d started my long trek around ORTI, terminal B. We waited for the other winners and then set off for the Gerotek testing facility.

Then we had to turn around because we’d forgotten someone behind.

Then we set off for the Gerotek testing facility again.

The crowd of competition winners were as varied as they were interesting. There were hard-core drag racers, 4×4 enthusiasts and ordinary people who entered for fun and just happened to win.

The taxi ride from the airport to the testing facility was probably the longest hour and a half of my life. The driver took the back roads to avoid the Etolls… Which is fair enough I suppose; I’d do the same thing.

The main car sponsor of the day was Opel. The cars available to us, 2 x Opel Adam S (110 kw), Opel Astra 1.4 (0 kw) and 1.6t sport (147 kw) and an Opel Mokka, the hatchback with platform shoes.  We got to drive all of them. The instructor for the day was an interesting guy also called Marius. He tests new cars, and hosts advanced driving courses. I want his job…

Well at least the first part of his job, I don’t think I am verbose enough to keep talking for 6 hours.

First up were the braking demonstration and the beginning of some of my frustration. I am not a patient listener. I never have been, I have ADD and can’t listen to people talk for more than twenty minutes without getting fidgety and bored. Instructor Marius, from Driving Dynamics, is a lovely man, but he talks a lot, as is evidenced by the sunburn, garnered while we were standing on the test track, outside the cars, listening to him.

I wanted to be in the car! I wanted to be slamming on brakes and testing the ABS and EBD and all the other fancy abbreviations, but I wasn’t. It was a great lesson though, your average driver in your average car has no idea how far it takes for a car at speed to come to a complete stop. If you’re travelling at 160 kph and slam on brakes you will not stop in time to avoid hitting whatever it is you’re trying to avoid. Speed is great, but under the right circumstances. It is not great when you’re driving past a school for example, or anywhere pedestrians and livestock regularly cross the road… Or if you’ve just watched a F1 Grand Prix and suddenly think you’re Lewis Hamilton and fancy a drive around the neighbourhood in your 320i.

At Gerotek there is a lovely little race track. The Dynamic Handling Circuit, I think it’s called.

After the safety talk and some more interesting anecdotes from Marius we set off. I started out in the Adam S, lovely little car, light, agile and quick. Marius’s assistant for the day, Ronaldo, stayed at the front and made sure that we didn’t go too fast, because the point of the exercise wasn’t to race, but to learn how to handle the car around twisty bends, and all that. Try telling that to a bunch of competition winners on a race track driving cars that aren’t theirs. I can’t speak for the other guys but I just wanted to keep going faster…

To be honest I think I had the most fun in the Opel Mokka, it was under-powered compared to the rest of the cars, and had a higher centre of gravity so was harder to drive quickly. My goal was to try keep up with the Astra 1.6 sport ahead by carrying higher corner speeds and using my brakes as little as possible… And I did!

My least favourite was the 1.4 Astra which was sluggish and too heavy for its engine.  I don’t think I got it out of third gear because it just wouldn’t accelerate…  The best car to drive was undoubtedly the Adam S. It felt almost like I was driving a front wheel drive MX5 and I’d have loved to have had another go in it, but by then everybody else had discovered what a great car it was and opportunities to drive it were scarce.. 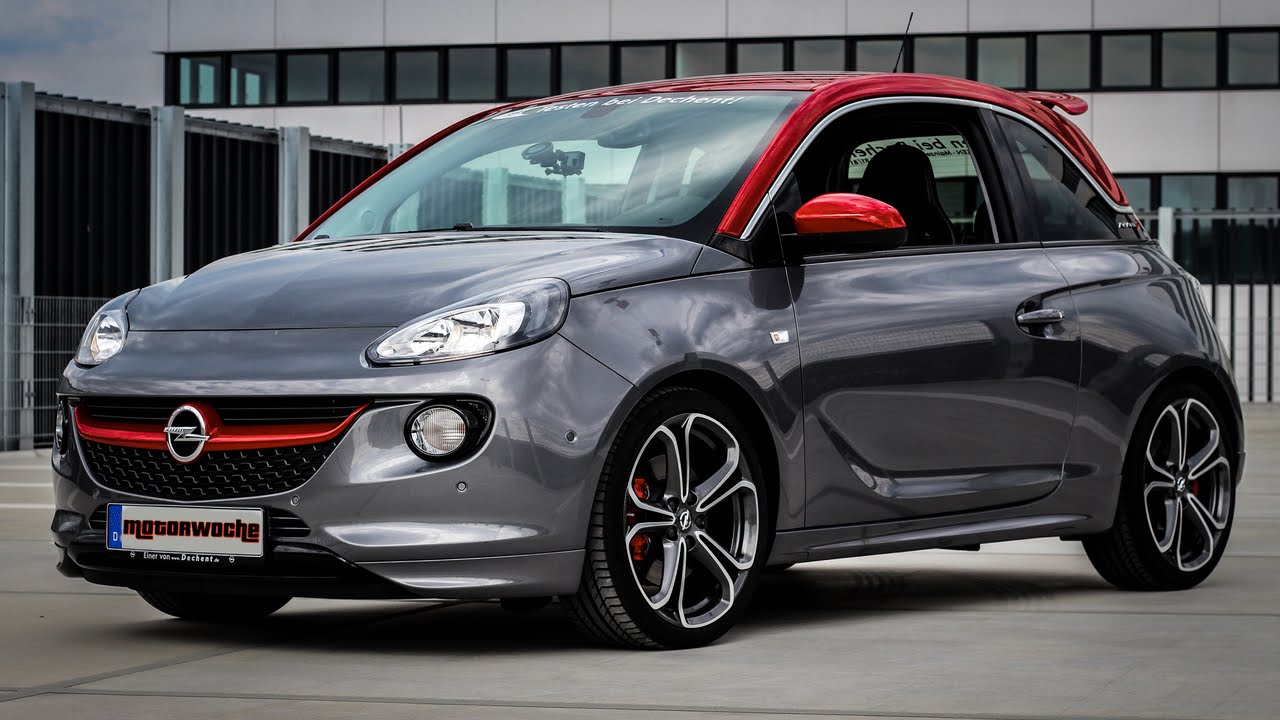 After we’d all had our runs in the different cars Marius took us on a hot lap in the Adam S. I loved that too and, while the other winners were blown away that he could take the S-bends flat out, I convinced myself that I could too if I had a bit of time to practice. I didn’t get to test that theory fortunately, because if I was wrong I would have had a massive accident and wrecked a very fancy, and not cheap, little Opel Adam S.

We had a lovely lunch and afterwards went to the skidpan where we all got more sunburnt. The point of the exercise was to learn how to control skids under braking and emergency evasive manoeuvres and some more about the wonders of brake assisting technology.  Once again Marius explained it all very well, at length…

We got driving again and all I wanted to do was pull up the handbrake and slide the cars around, but that wasn’t allowed, so I did what the instructors told me to do. It turns out that I have some bad steering wheel habits that I need to correct.

Sadly we never made it to the high speed oval… Time ran out and we had to shuttle it back to the airport to catch our flights home.

It was a great day, something I could do every weekend in fact. Thank you Speed Stars, Khwezi, Marius Roberts and instructor Marius from Driving Dynamics for a brilliant experience.

Now, where am I going to find some money for a racing car…